Having succeeded with the <video> tag, I wanted to try implementing subtitles for flash videos - the format which most video content on the web is distributed in.

However I quickly learned that each flash player has its own unique way (via APIs) of getting information about a video’s current time. This meant that for now at least, my implementation would not be universal.

So, I tested the waters with YouTube’s JavaScript API.

I used this snippet by Rob W. as starter code for interaction with the API. And after a lot of reading, and trial and error I got this, 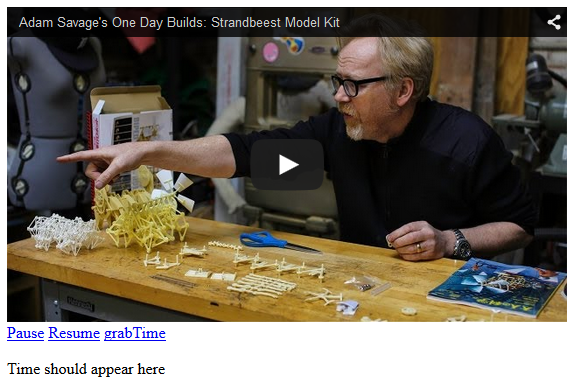 With getCurrentTime() working, it was easy to implement subtitles as was done with the <video> tag in the previous post. 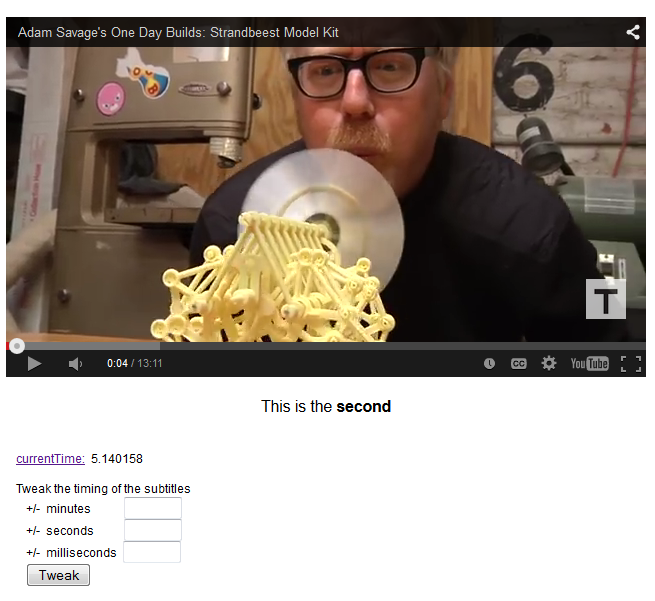 Here it is live

— Subtitles from a movie —

I then decided to try it out with a scene from the an actual movie.

I got the subtitles for the movie Skyfall. However to use them, I needed to convert them into an array.

I wasn’t sure how to approach this using just JavaScript so I used Excel and its inbuilt functions to do the conversion. 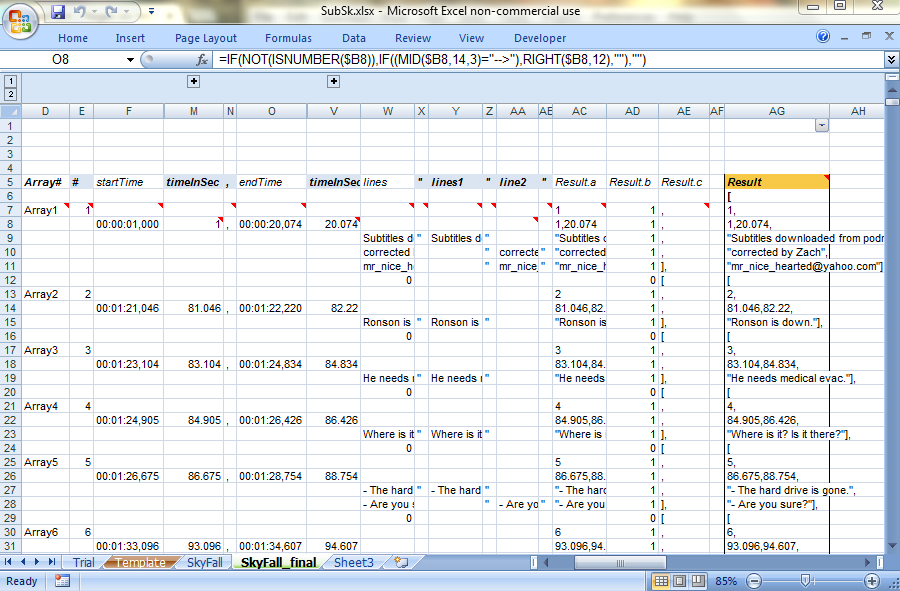 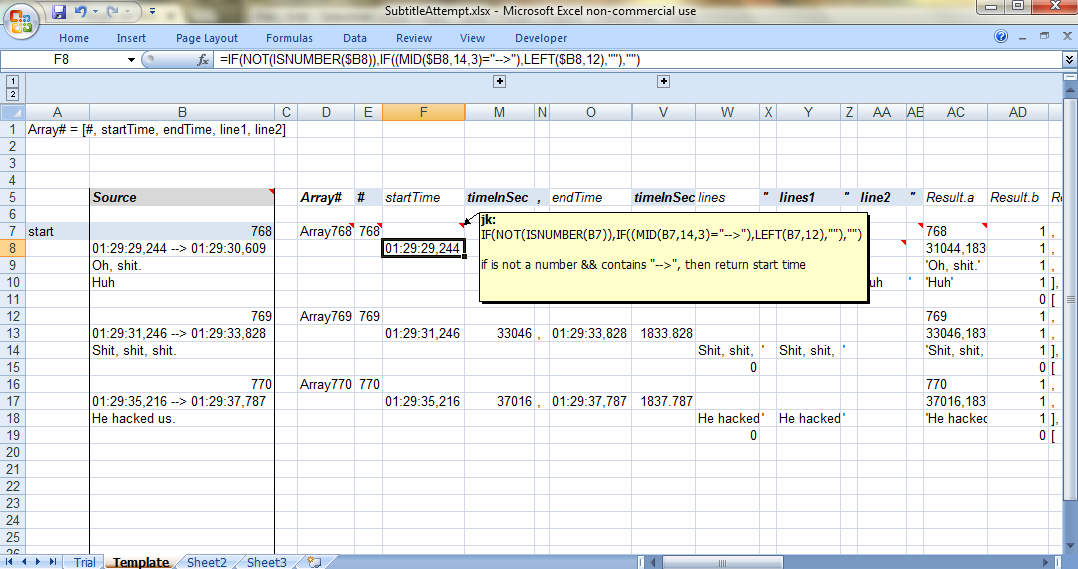 I also converted the HH:MM:SS:MLS time format to seconds.

I then used Chrome Inspector to debug the array. The main issue was the use of quotation marks within the dialogue (for example when a character was quoting another character) which led to broken strings.

Trivia: Did you know “007” is mentioned 16 times in the film? (at least according to these subs).

Here is the scene from Skyfall synched to the subs, 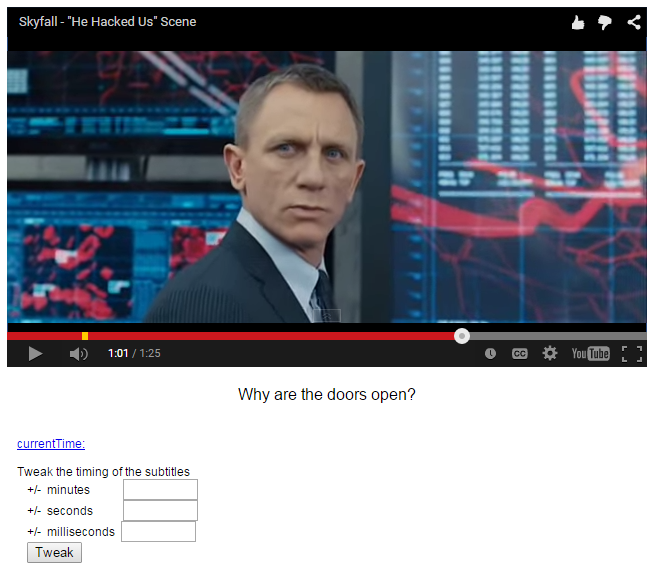 I offset the subtitles start time to match the time the clip starts in the film. Try entering different times to see what happens.

Once I learn more about programming and how the web works I plan on,