Similar idea as my previous GUI for Youtube-dl.

I wanted a GUI (Graphical User Interface) to interact with FFmpeg instead of using it through the command line.

Specifically, I was interested in using FFmpeg to capture frames from a video. (I do this often for sequences I’m interested in animating.)

This is how it came out. 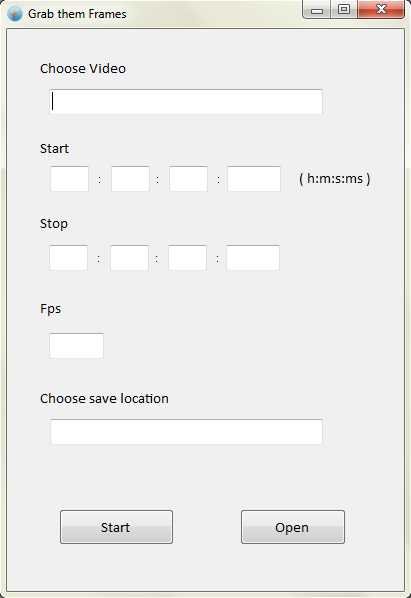 Also, this time around I tried to make a tutorial for how to go about it. It’s not the greatest so I’m not going to direct link it. But at least if you search for “windows GUI tutorial” on YouTube, there’ll be one more playlist out there to help you out.

Here’s the exe (only works on Windows). To use, make sure FFmpeg is installed and added to PATH.

Even better would be giving a go at making your own GUI that meets specific needs you have. For example maybe you’re interested in stripping sound from video clips. Good luck!

By animating a sequence here are some examples of what I mean:

From the very talented Kihyun Ryu,

And this one because classic,