I bought a laminator. I was able to get it for a good price because it was sold as “not working”.

I forgot to take a “before” photo. So here’s an image of what a new one looks like instead

The main issue with the laminator was a blown thermal fuse. There are three thermal fuses in the laminator. The easiest to reach and replace is the one next to the power supply. The other two are on each of the rollers, and require a full disassembly to reach. It was one of these that had blown. 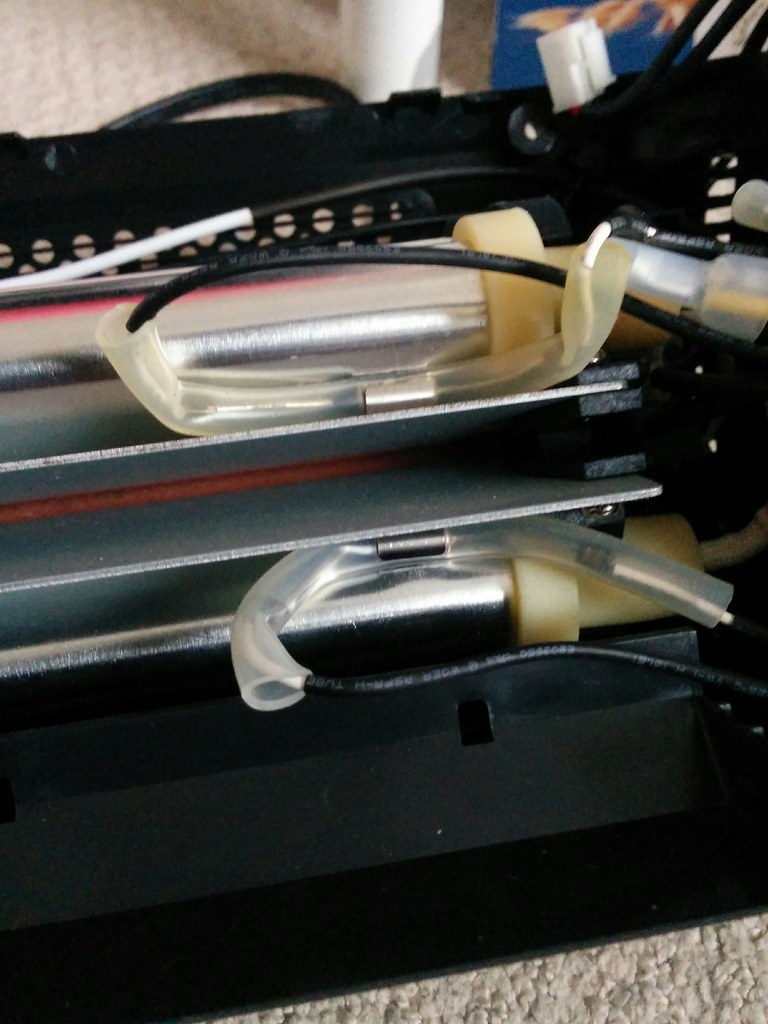 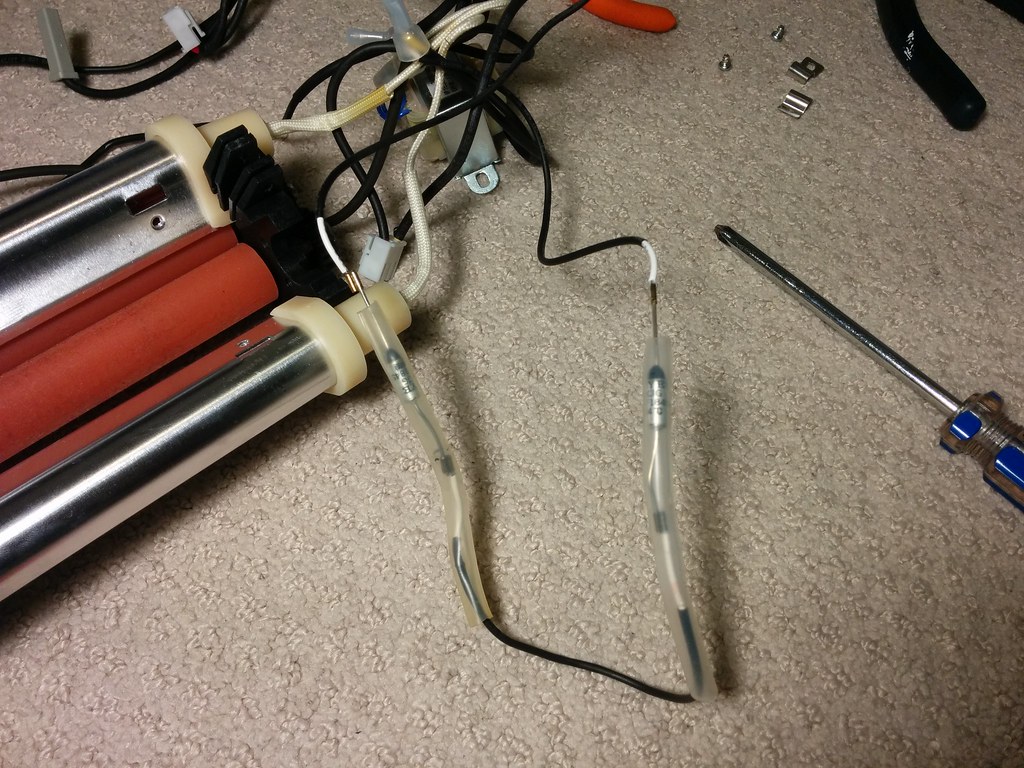 I replaced the fuse and the laminator worked! End of story, right?

I noticed that the plastic front plate had bowed in along the middle. It had bowed in such a way that thick items could no longer fit through the gap. This was likely caused by heat - perhaps over time (poor design), perhaps by the event which triggered the fuse, or perhaps both. I plan to use the laminator for making PCBs (which are fairly thick) so I had to fix this.

My initial idea was to just trim part of the lip with a utility knife. (In hindsight, I really wish I went with this approach.) However, I came across this Youtube video that showed how plastic can be un-bent using heat. I couldn’t pass up the opportunity for a perfect repair, so I gave it a shot.

And the results were disastrous =(. I think my mistake was failing to separate the two different types of plastic that made up the front plate. I didn’t realize they would not react the same to heat. 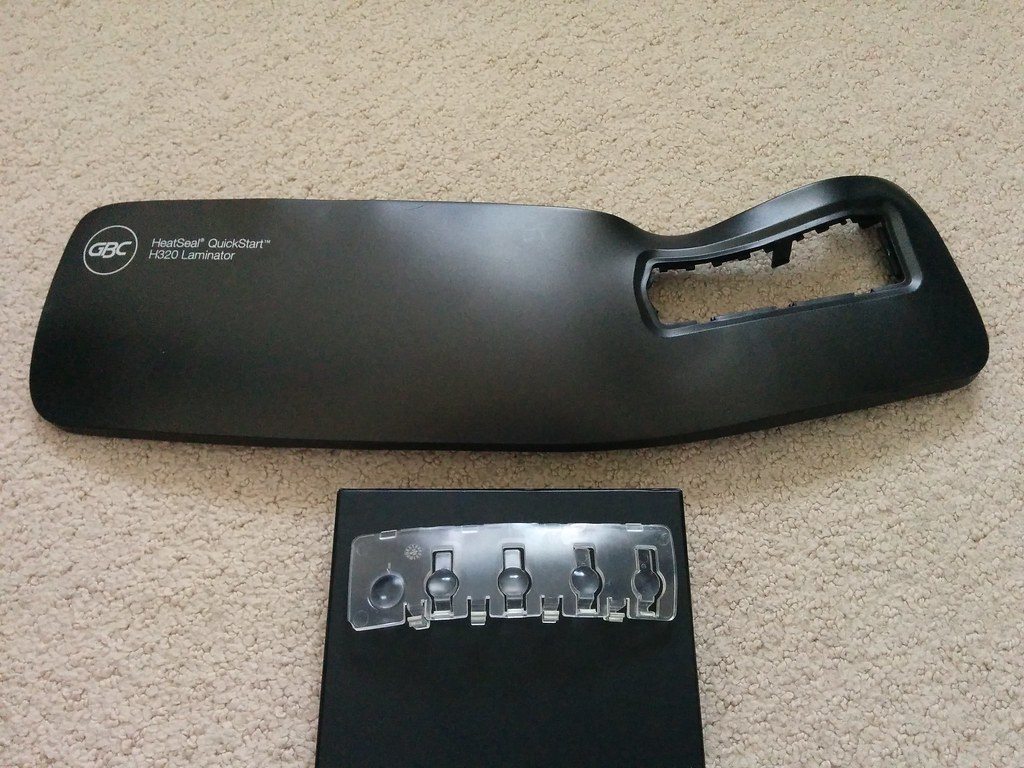 The front plate was a goner. So instead I made a new one out of galvanized steel. It was the cheapest material I could find that you can manipulate without special tools. To shape it, I used a hammer, aviation snips, and a drill. 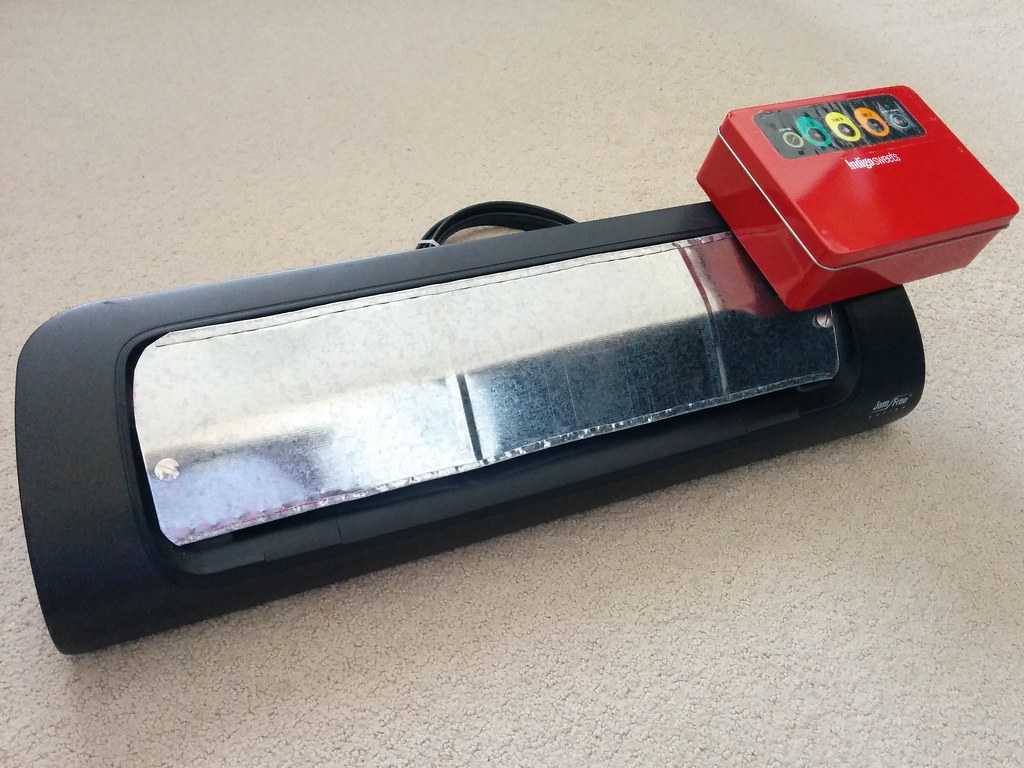 The original plate served as a mounting point for the laminator’s logic board. When mounted, the clearance between the logic board and heated rollers was very tight. Instead of trying to replicate the original fitting, I opted for the simpler solution of keeping the board outside. 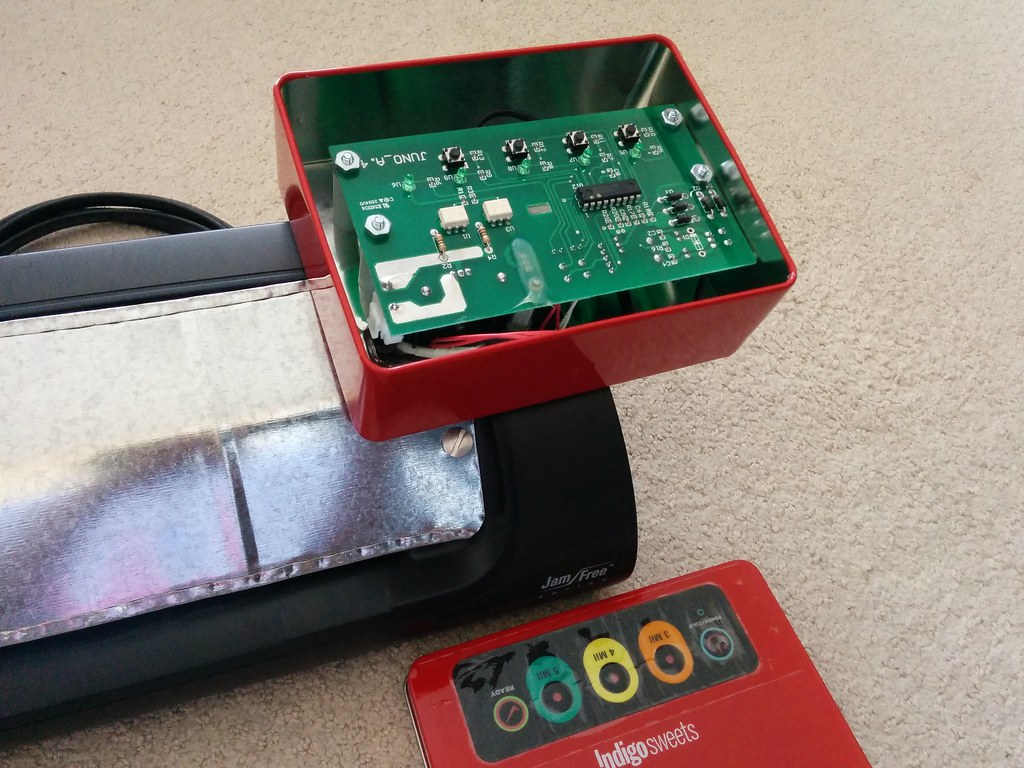 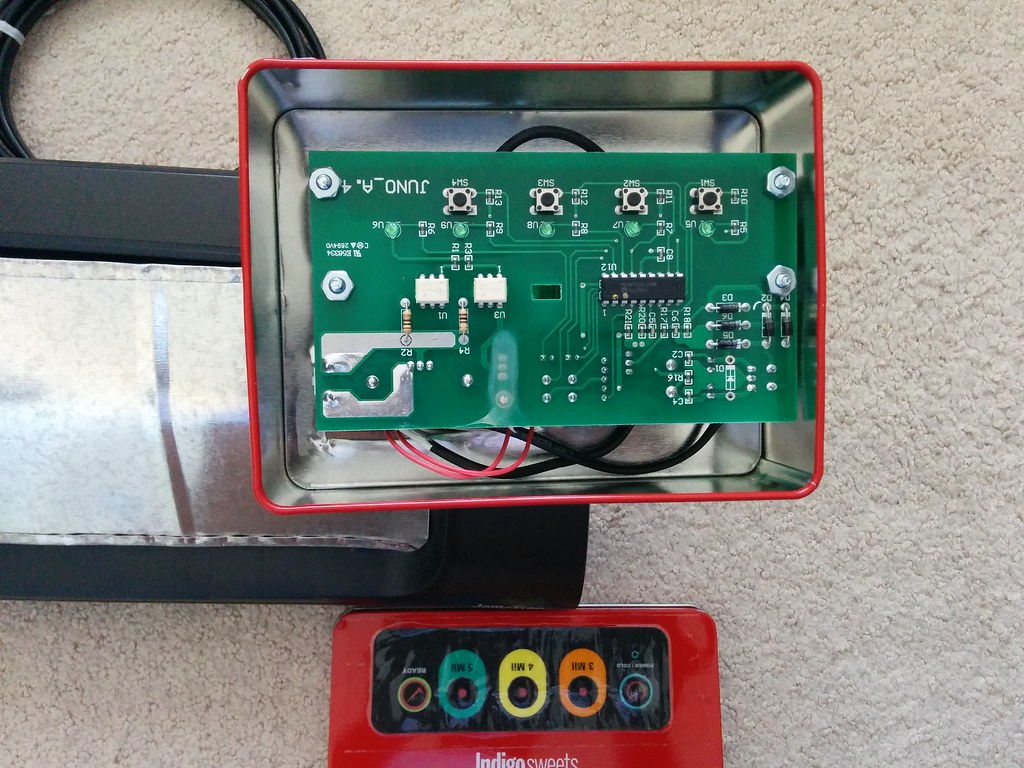 Given that the new plate is metal, I wonder how well it will hold up to heat. Will it get so hot that it melts the plastic its resting on? Thankfully I do not plan on using the laminator often. Also, the plate is mounted using screws. If heat becomes a problem, it can easily be removed.

This repair was done back in August 2020. I finally got around to creating this write up.